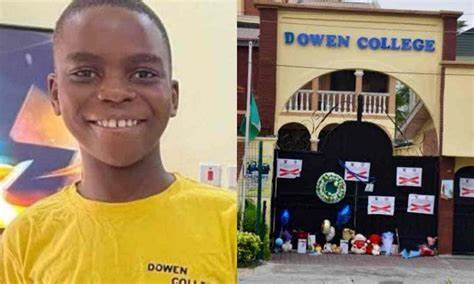 An autopsy report which has been shared to the public, has revealed that Sylvester Oromoni died from ‘acute lung injury from chemical intoxication in a background of blunt force’.

Sylvester who was a student of Dowen College was said to have been allegedly bullied by his seniors in the Lagos school which led to his death. His death led to an outcry including high profile reactions weeks ago, as many demanded for justice.