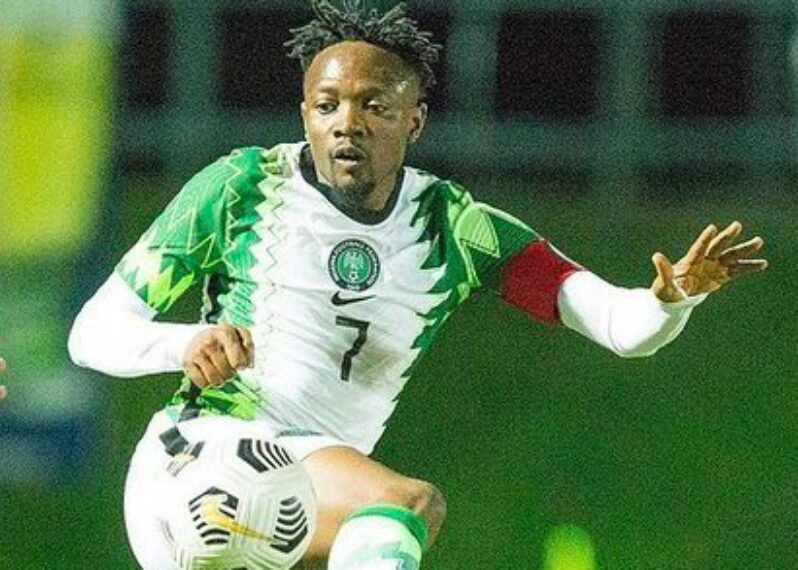 Super Eagles captain, Ahmed Musa, missed the team’s last training session on Wednesday December 5, due to the loss of a family member.

According to Sahara Reporters, the Fatih Karagumruk of Turkey striker was granted permission to leave the team’s camp to be with family members following the sad event.

He will however link up with teammates in Cameroon ahead of Nigeria’s first game of the competition against Egypt on January 11.

In another development, striker Odion Ighalo may not featured at the tournament following the refusal of his Saudi Arabian club, Al-Shabab, to release him to represent his country.

In the report by Sahara Reporters, it was claimed that a clause in the contract he signed with the club, indicated that he was no longer active internationally for Nigeria, which is one of the reasons why they are preventing him from joining.

Ighalo joined the Saudi club from Manchester United in England after he ran out of his contract with the English Premier League side.

He was called back to the Super Eagles in November after announcing his retirement earlier and being away from the team for over two years.