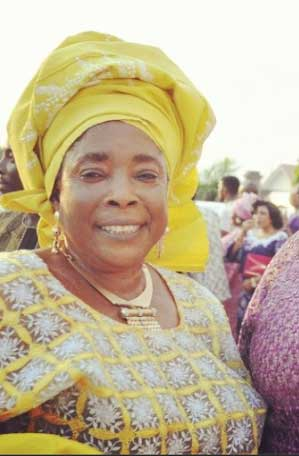 A miracle has happened in Nollywood and Nigerians are heartily rejoicing over it.  Veteran Actress, Iyabo Oko was declared dead by her daughter on Wednesday night, January 5, but she has reportedly come back to life.

The daughter of the 61-year-old actress announced her mother’s “death” and further revealed that her mother was diagnosed with ischaemic stroke about five years ago but chose to keep her health issues away from the public.

However, in an amazing twist of tale, her daughter withdrew her earlier confirmation and revealed that the Actress showed signs of life.

Her Daughter, Bisi Aisha wrote ;  Wonderful being, she moved her hand after been confirmed dead 3hours ago. God we will forever praise your holy name.