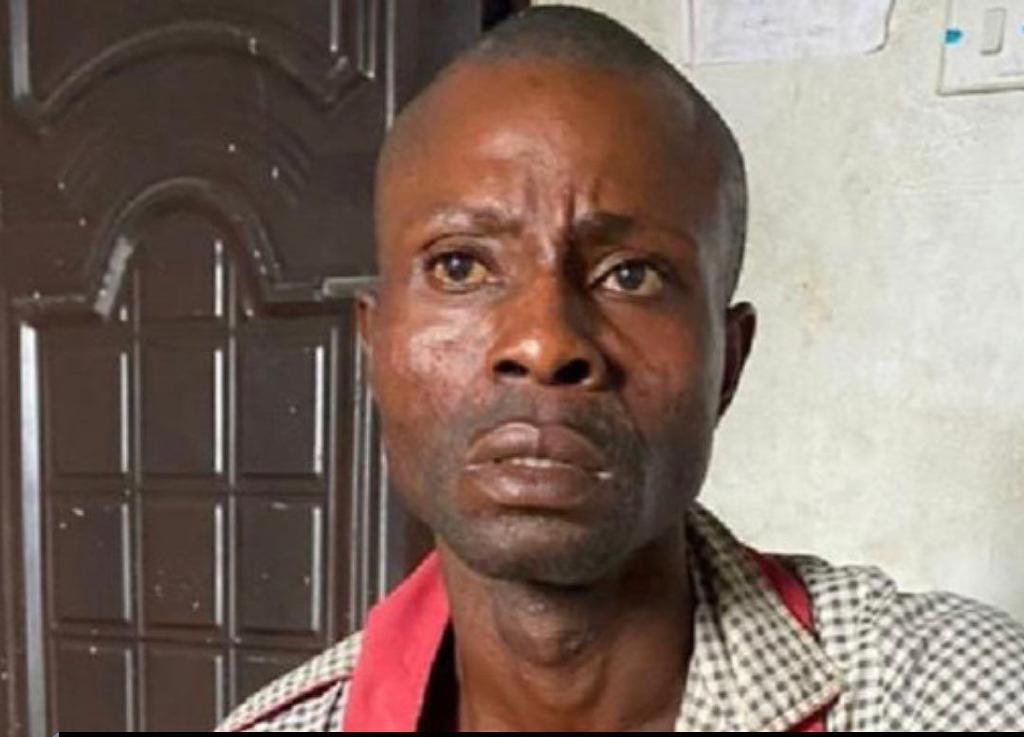 A thirty-five-year-old man identified as Chidi Uhuo, has been arrested for allegedly raping the daughter of his wife’s late sister in Okwuijorogwu area in Delta State.

The suspect admitted that he had only raped the victim, a JSS two student, three times.

It was gathered that the suspect has been having carnal intercourse with the victim for the past three years.

He however, ran out of luck when he had sexual intercourse with the victim and threatened to kill her if she ever let his wife or anyone know of his deeds.

He also threatened that he would no longer sponsor her education since her parents are dead.

The suspect has been detained at the Ebrumede Police Station in Uvwie Local Government Area, Delta state.