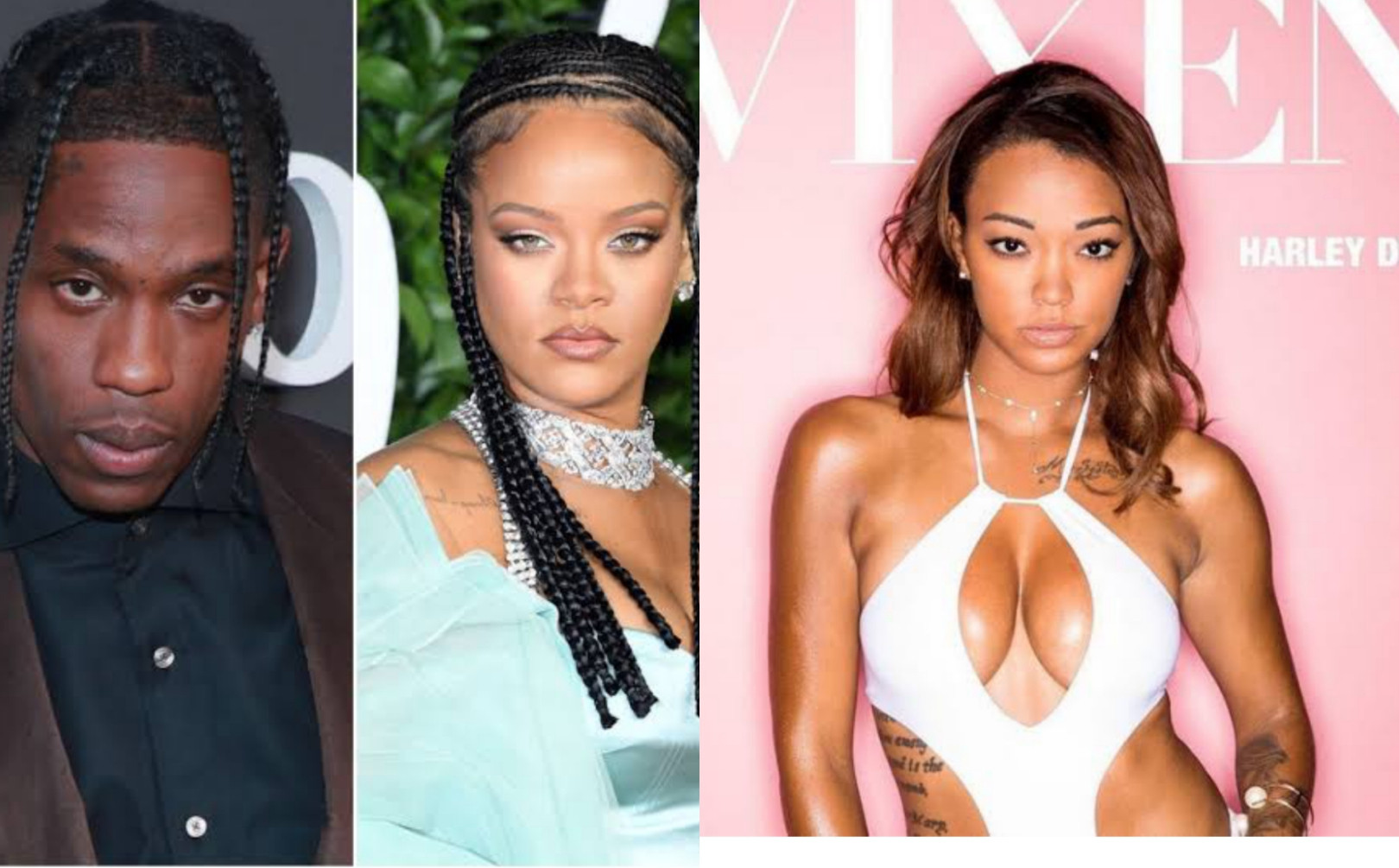 Harley Dean said this on an interview with Jay of Hothiphopdx. She was told she looked like Rihanna, and she replied;

“She hates me … because I worked with her a few years ago right before she launched her [Clara Lionel] foundation back in 2015, her White Gala [Diamond Ball].

“I helped fundraise her gala here in Hollywood while she was fucking my boss and gave my boss chlamydia. And here I am, the hoe, alleged hoe, yeah I am a hoe, but everyone thought that I was the one fucking my boss and in all reality, it was this bitch. It came out that she got him sick — ’cause he was married, he’s a king or a prince in Africa — and he came out here back in 2013.

She added, “Right before they were fucking around — I don’t know if it was Travis. I don’t know who Rihanna was fucking — but she got dirty and got him dirty, and it was a whole thing.”

Dean said when she tried to get into the 2016 gala, they stopped her at the door and said, “Sorry Harley, but Rihanna said you can’t get in.”

Travis Scott and Rihanna dated around 2015 before they broke up and he met Kylie Jenner. The couple is currently expecting their second child.