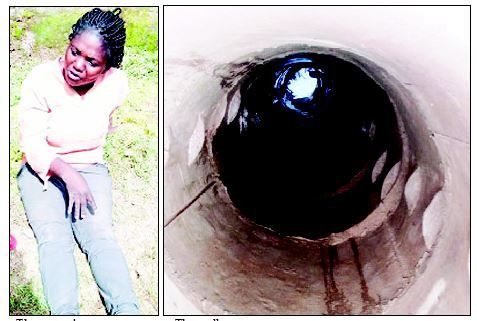 A mentally deranged middle-aged woman identified as Omowumi who just returned from Oman has been arrested for allegedly throwing her two daughters into a well in Osogbo, Osun State.

According to reports, the woman told her daughters Darasimi, 8, and Nimisire, 5, to follow her to the well in the Ibuaje area of the city where she grabbed them both and threw them into the well.

“The police have arrested the woman after the incident. The woman told the mob that she was frustrated. She is mentally unwell. She just returned from Oman.” a resident said

The children’s bodies, Nimisire Saka, 5 and Darasimi Saka, 8, have not been recovered as at yesterday

Confirming the incident, the spokesman of the state fire service, Ibrahim Adekunle, said efforts are being made to rescue the children out of the well.

Police spokesperson Yemisi Opalola confirmed the incident, saying “the woman is suspected to be of unsound mind.”