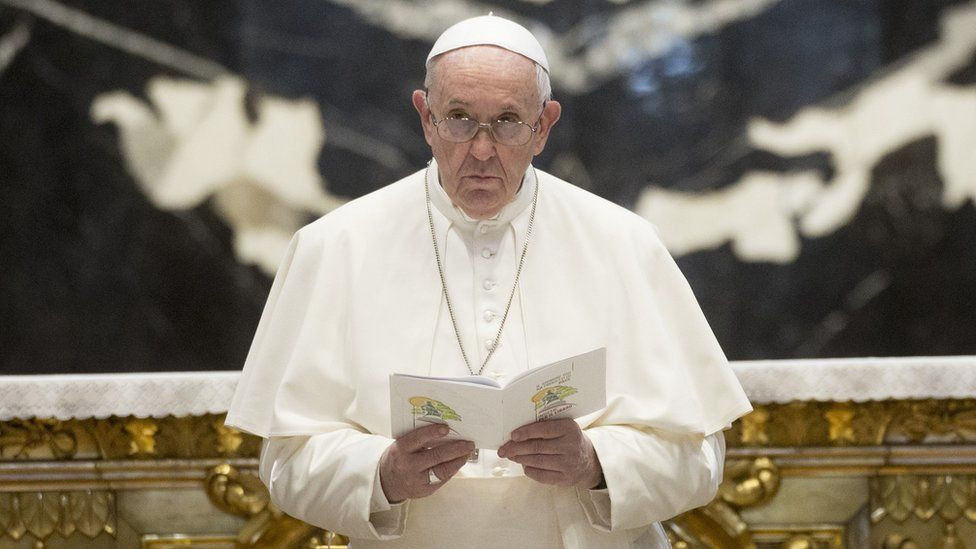 He said this while speaking to a survivor of domestic abuse, at a programme broadcast on Italy’s TG5 network on Sunday, December 19.

Pope Francis lamented the “very, very high” number of women “who are beaten and abused in their homes.”

The woman named Giovanna, said she had escaped from a violent home with her four children.

“The problem is that, for me, it is almost satanic because it is taking advantage of a person who cannot defend herself, who can only [try to] block the blows,” said Pope Francis.

Addressing Giovanna, Pope Francis said it is possible to still have hope, even during the pandemic.

“You’re coming out better than before.” he said

The Pope added that women who suffered abuse had not lost their dignity.

“I see dignity in you because if you didn’t have dignity, you wouldn’t be here,” he told Giovanna. “Look at the Blessed Mother and stay with that image of courage.”

According to a UN report which covered 13 countries, half of women surveyed said they’d experienced some form of violence since the start of the pandemic.