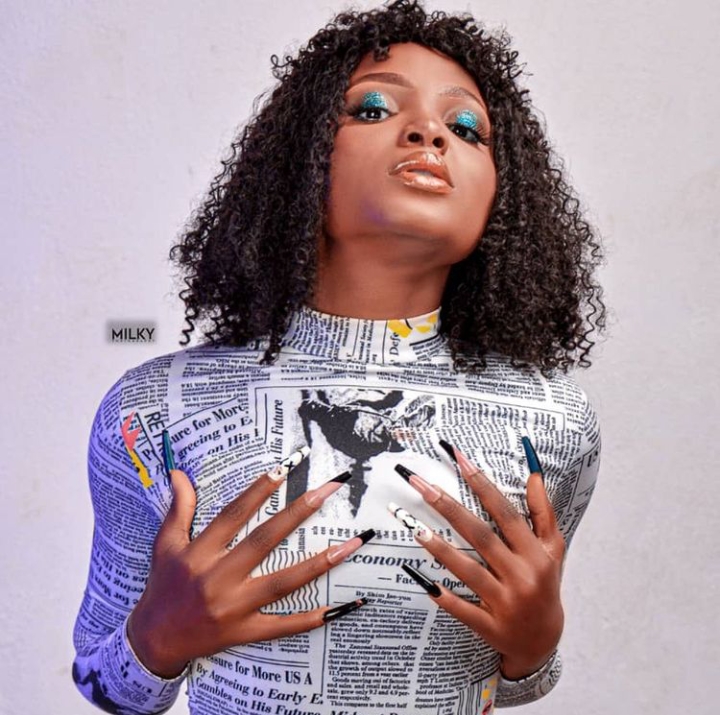 A UNN Medical Student, Mirabel, has broken silence on wether she was expelled or not over a twerking video which she allegedly stripped herself in to win 30,000 naira only.

The female student who took to her Instagram page to address the matter said she was tired of seeing different fake news and stories about the incidence.

She stated that on the 28th of October, there was an awareness for concert in school at the female hostel grounds which she participated in to compete for 30k in a dance challenge.

She said others contenders infact wore more revealing dresses worse than hers at times, and since they were dancing in front of their fellow females, it was no big deal to strip. However, she admitted that she did too much which was why she trended that way.

Mirabel noted that she was not expelled because of the incidence as it was neither a crime nor violated any school rules. There was no rules that said twerking on school grounds is not allowed. More so, she is a serious student who balances her academic and social life fairly.

Mirabel also categorically stated that she was harassed, embarrassed and humiliated by the school authorities over the event without even hearing her side of the story.

Her properties were ransacked and damaged and she has to live like a fugitive because of the event.

Wondering if such hassle were worth it, she opined that what they did to her was totally not fair and her privacy was invaded.