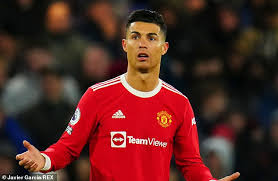 Manchester United caretaker, Michael Carrick, has revealed that there has been no “drama” at the club over his decision to bench Cristiano Ronaldo from his starting line-up for Sunday’s 1-1 draw at Chelsea Stamford Bridge.

Ronaldo started on the bench and he emerged early in the second-half to replace goalscorer Jadon Sancho in the 64th minute, making little impact on the game.

Ahead of the game, he told reporters: “I think this type of discussions get blown up really, a lot bigger than they probably are, when you’re kind of inside the team or the club.

“Decisions are made for a lot of different reasons and of course certain ones get bigger news than others, but that’s how it was.

“I didn’t see it as being a major decision. It certainly wasn’t within the camp or group. We all got on really well. The game went well to an extent and it wasn’t a drama at all.”