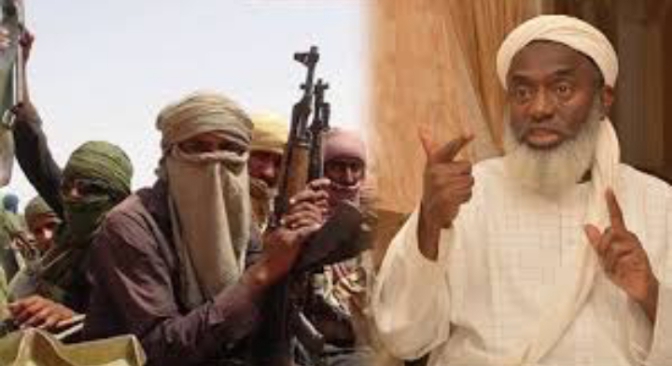 Sheik Ahmad Gumi said the government’s sudden declaration of bandits as terrorists is mere political propaganda and it definitely won’t change anything in the fight against them.

The cleric said the federal government has only succumbed to the media blackmail, it won’t have any practical meaning, because they are already seen as terrorists.

“It is just a nomenclature which I believe will not change the dynamics on ground. If you can remember, IPOB has also been declared a terrorist organization. A declaration that was even backed by an order from the court.

A declaration that is not recognized internationally. They still travel from one country to the other. So of what benefit is the declaration?

Gumi expresses his fear and wishes that Nigerians will not see the herdsmen as terrorists but regard the acts carried out by the bad ones among them as terrorism. In other words, Nigerians are to hate the game and not the players.

” I hope this declaration will not give people the license to generalize it and tag all herdsmen as terrorists and taking laws into their hands as this will only cause more damages. The military is engaging them already and that still didn’t stop them from kidnapping. Declaring as terrorists won’t stop their aggression against the society”.

He said all the herdsmen need is for them to have a sense of belonging.